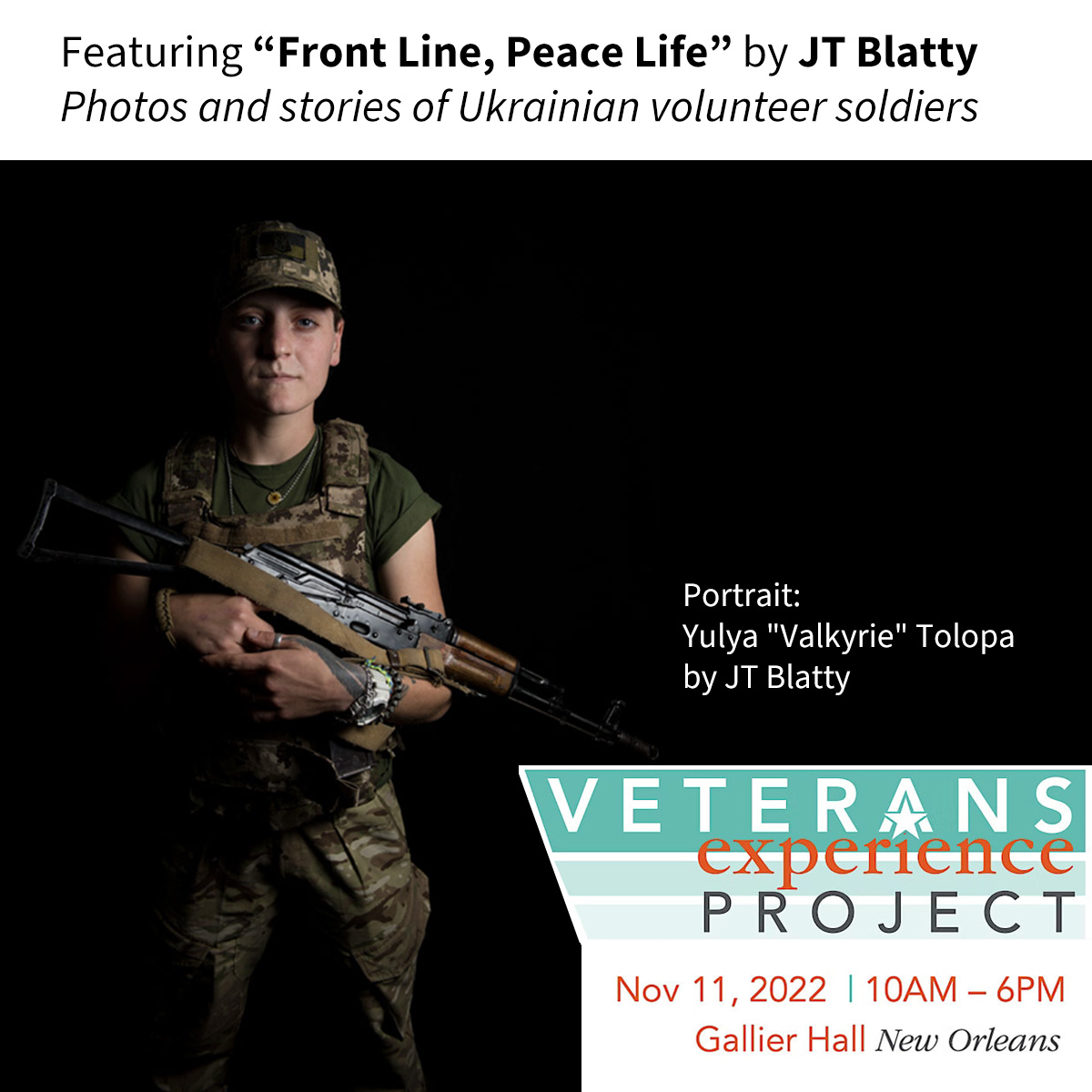 The hands-on event explores diverse military experiences through artistic expression and interactive exhibits, including visual art, the written and spoken word, performances and curated discussion panels, followed by a dialogue with the audience to provide further understanding into the servicemember experiences. A number of nationally renowned veterans will be presenting at VEP.

JT will take the main stage at 1:30 PM. As a photojournalist, JT’s work has been featured in many publications, including Bloomberg, Oxford American, and The Daily Beast. She spent the past four years in Ukraine. “Front Line, Peace Life” shares the stories of Ukrainian volunteer soldiers fighting to preserve their country’s democracy.

Bastion is an intentional community for returning warriors and families with life-altering injuries, with a mission to provide a supportive living environment for injured veterans and families and a holistic approach to community integration.

The event is free and open to the public. For more information about Veterans Experience Project, visit JoinBastion.org.

*Photo with this event posting is a portrait titled Yulya “Valkyrie” Tolopa by JT Blatty.

Valkyrie crossed the Ukrainian border from Russia in 2014, when she was 18, inspired to understand the true events of the Maidan revolution versus reports from the Russian media. By June she was on a bus heading to the frontline to fight with the Ukrainians against the Russian invasion. She joined the Aydar Volunteer Battalion and helped liberate and defend towns in the Luhansk region until 2015. She served on the frontline in the Ukrainian Armed Forces as a Russian citizen until 2019, protected by Ukraine from Russia’s request for extradition. She finally received Ukrainian citizenship in 2022, after a six-year battle fighting Ukraine’s law requiring her to renounce her foreign citizenship on Russian territory, where she is not safe and is wanted as a traitor. 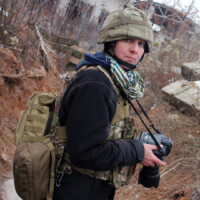 JT Blatty is a photojournalist and author of Snapshots Sent Home (Elva Resa, 2023), a military memoir. A US Army combat veteran, JT went to Ukraine in 2018, drawn by the familiarity of war and those who serve in wars. Since then, she has covered the Donbas conflict, focusing on the volunteer soldiers, ordinary people fighting for their beliefs and freedom. As she embedded with Ukrainian volunteer soldiers to document their stories, her story began to blend with theirs, a universal bond of combat veterans, transcending the boundaries of nation and conflict. Currently at the Poland-Ukraine border, JT continues to directly support Ukraine as a supply channel volunteer in the war with Russia.