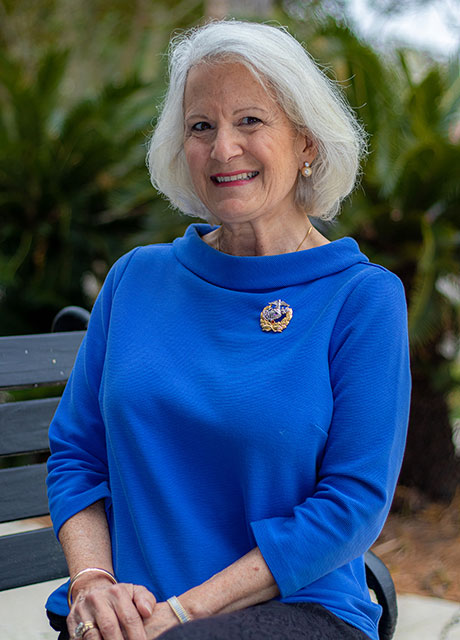 Mary Regner is the author of Semper Parents: Supporting Your Marine and Sharing the Journey, a book of advice and lessons from the heart of a Marine Corps mom to parents who are beginning their Marine journey with their own Marine. A Marine mom of nearly 20 years, Mary blended her personal and professional life to align her work as a teacher, educational administrator, and project manager for the good of the military and its families.

Mary had many mixed feelings when her son unexpectedly announced his desire to become a US Marine. Despite her many years as a Marine spouse at that time, becoming a Marine parent was a new journey altogether. She wanted to create a comprehensive and comforting guide for new Marine parents navigating their new role in their child’s life.

Through her more than 40 years as a Marine spouse, she has worked as an educator for the Department of Defense (DoD) Schools CONUS and OCONUS, a Department of Labor contractor for the DoD Transition Assistance Program, and as a leader in her Marine Corps communities.

As an advocate for others, Mary served as a member of the Board of Governors for the National Military Family Association and on the board of the Navy-Marine Corps Relief Society. She was a spouse ambassador for The White House Joining Forces Initiative and the Military Spouse Employment Partnership. She has presented on various topics at the Corps’ Cornerstone Spouses’ Courses, Department of Defense Conferences, and private organizations serving the needs of military families. Mary has earned numerous awards for her volunteer work, including the President’s Volunteer Service Silver and Bronze Awards, the Chairman of the Joint Chief of Staff’s Award for Outstanding Service, and the Secretary of the Navy’s Award for Public Service.