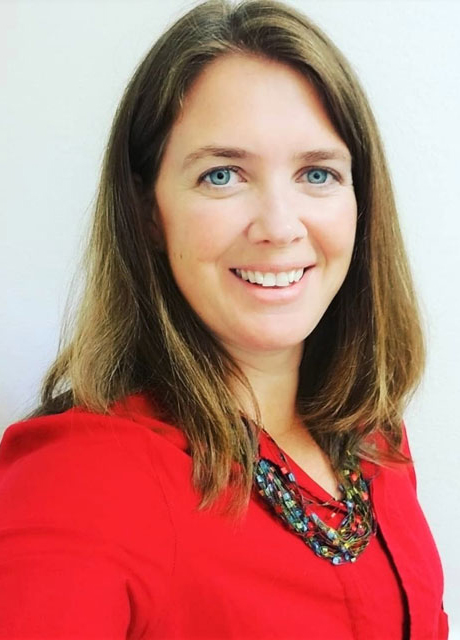 Lizann Lightfoot is a professional writer, Marine Corps wife, and mother of five. She is the author of Open When: Letters of Encouragement for Military Spouses (Fall 2021), a collection of encouraging, informative letters for military spouses to read when facing specific events or challenges of military life.

Lizann’s reassuring letters in her forthcoming book are informed by her experiences as a girlfriend, fiancée, and wife through two decades of her Marine husband’s service, seven deployments, and several military moves. She is known in the military community as The Seasoned Spouse, for sharing her years of experience with other spouses and military loved ones on her blog of the same name.

“It is my hope that no military loved one will ever feel alone, even if they still haven’t found connections in the military community,” says Lizann. “In my work, I try to encourage military spouses in whatever they’re going through, whether that’s deployment or feeling lonely in a new place.”

After spending her childhood on an apple farm in Pennsylvania, Lizann has lived with her Marine in several states and overseas. She had the unique opportunity to give birth at military hospitals on four different bases.

Lizann earned a bachelor’s degree in English and Theology with minors in French and Philosophy from the Catholic University of America. Later, between pregnancies and military moves, she earned her MBA from the University of Maryland University College. She was named the 2019 Armed Forces Insurance Military Spouse of the Year for the Naval Amphibious Base Coronado, California, for her work with an online deployment support group she created called Handle Deployment Like a Boss.

When she isn’t writing, changing diapers, or fielding endless questions from her kids, Lizann spends a lot of time in the kitchen baking or cooking meals for her family. She loves a good barbecue, board game nights, and curling up with a devotional book and cup of tea.

Lizann lives with her husband, Daniel, and their five kids wherever the military sends them.