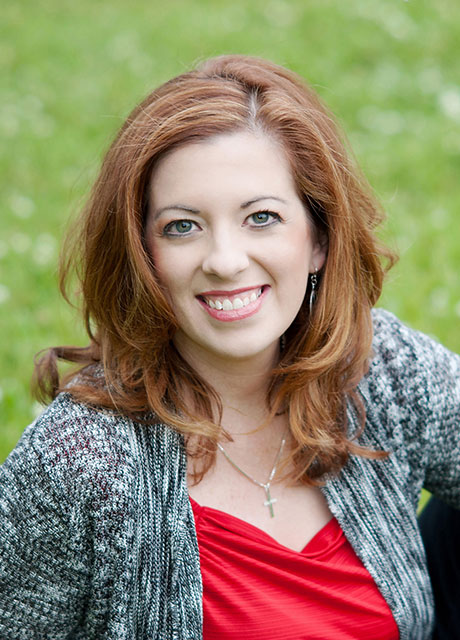 Sara Horn is a wife, mom, author, speaker, and founder of Wives of Faith, a military wives ministry. She wrote “Where My Strength Comes From” in Stories Around the Table: Laughter, Wisdom, and Strength in Military Life.

Sara always thought she was strong until she went through her first deployment; then God showed her where her real strength comes from. She says, “As military spouses, we can convince ourselves that we have to be able to do everything on our own, but I don’t think that’s true. We have God, and we have each other. If there is one thing I want to communicate to other military spouses, it’s that regardless of how you might feel sometimes, you’re never really alone. That’s also the reason I’m excited about this book of stories from so many wonderful writers; it’s a tangible reminder we can hold in our hands and, as we read, realize other people have felt the same way or gone through similar experiences. We can gather around our virtual table. That’s something that’s so special about the military—you can find family and friends if you’re just willing to look.”

Since 2006, Sara has encouraged and inspired military wives of all branches of service to seek God’s strength over their own. As the wife of a Navy reservist, she had the privilege of traveling to Iraq twice in 2003 to report and write stories of Christians in the military. Her first book, A Greater Freedom: Stories of Faith from Operation Iraqi Freedom, recorded those travels and was written with Oliver North. She says, “Not only did those experiences help me better understand military life as a wife to a Navy reservist who would later deploy three different times, two to combat zones, but it also helped me encourage other military wives when they were struggling.”

Her books for military wives include GOD Strong: The Military Wife’s Spiritual Survival Guide and the Bible study Tour of Duty: Preparing Our Hearts for Deployment. Her most recent titles include My So-Called Life as a Proverbs 31 Wife and My So-Called Life as a Submissive Wife. She is a contributor to ParentLife, HomeLife, and Thriving Family magazine.

Sara currently lives in the Baton Rouge, Louisiana, area with her son and her husband, who just returned from his third deployment.