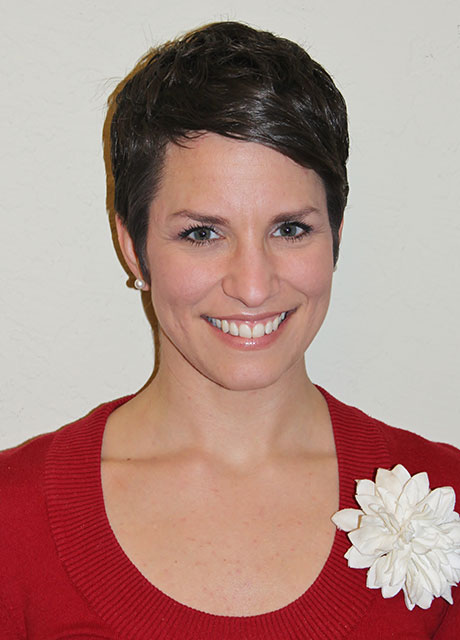 Lori Hensic is a Marine wife, university professor, and the head of medication safety for two community hospitals. She wrote “Stick Your Neck Out There” in Stories Around the Table: Laughter, Wisdom, and Strength in Military Life to encourage military families to go beyond their comfort zone to reach out and support one another.

Shortly after the repeal of “Don’t Ask Don’t Tell” (DADT), Lori relocated to be with her partner, stationed in San Diego. The American Military Partner Association (AMPA) helped her adjust to military life. Lori now volunteers as the association’s director of research and policy to strengthen LGBT military families’ representation and engagement in policy changes. She has appeared on local and national media and conducted educational outreach campaigns with other national advocacy organizations to inform LGBT military families, elected officials, and the general public about LGBT military families’ access to services and benefits.

Lori completed her undergraduate studies at UC Santa Barbara and earned her doctorate of pharmacy with an emphasis in health policy and management from UC San Francisco. She has specialty clinical training in ambulatory care, HIV/AIDS clinical care, and designing clinical research, and provided direct patient care for several years in the greater San Francisco Bay Area.

She is a health sciences assistant clinical professor at UC San Diego Skaggs School of Pharmacy & Pharmaceutical Sciences. There she designs and instructs the health policy curriculum and serves as a research advisor for doctoral candidates. She is also the safe medication practice pharmacy specialist for Sharp HealthCare’s Mesa Vista Hospital and Memorial Hospital locations. She spent a summer working in South Sudan training the first generation of South Sudanese physicians at University of Juba, College of Medicine.