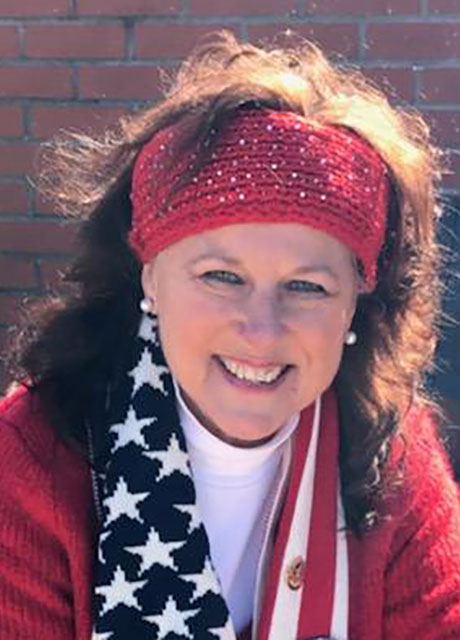 Deborah Tainsh’s stepson, U.S. Army Sgt. Patrick Tainsh, was killed by a roadside bomb in Iraq on February 11, 2004. Writing initially to sort out her own grief, Deborah captured the raw and tender moments of her family’s sorrow and remembrance. Her book Heart of a Hawk: One Family’s Sacrifice & Journey Toward Healing brings readers into the Tainsh family’s living room as Deborah and her husband, retired USMC Sergeant Major David L. Tainsh, hear the tragic news of their son’s death and begin their struggle toward acceptance and peace.

As a mentor, Deborah talks with military families and veterans across the nation, sharing her family’s continuing journey of grief, love, and hope while celebrating a son’s courageous life with the message that “our children and friends expect no less courage and giving from us than what they showed the world.” Proceeds from Heart of a Hawk provide support to grieving military families and veterans grieving the loss of a battle buddy.

Deborah’s volunteer work with grieving families inspired her to compile stories from other Gold Star parents in her book Surviving the Folded Flag: Parents of War Share Stories of Coping, Courage, and Faith.

Deborah’s poems are included in the National Endowment for the Arts archives of Operation Homecoming: Writing the Wartime Experience. She has written for magazines and web sites, including TAPS magazine, Marines’ Memorial Crossroads Magazine, and Military.com.

She currently lives with her husband in Florida.

Heart of a Hawk